Governor Nasir El-Rufai of Kaduna State has named the new Emir of Zazzau.

El-Rufai, who spent hours in a meeting with Zazzau council of chiefs on Tuesday, chose Ambassador Ahmed Bamalli as the 19th Fulani emir for the emirate. The seat was left vacant after the death of Alhaji Shehu Idris, the 18th Fulani Emir.

Idris died on Sunday, 20th September 2020, at the age of 84. It is confirmed that the late Emir had some health challenges and was taken to the hospital where he died.A document circulating on social media confirmed the appointment, stating that an announcement will be made on the coronation of the new Emir. 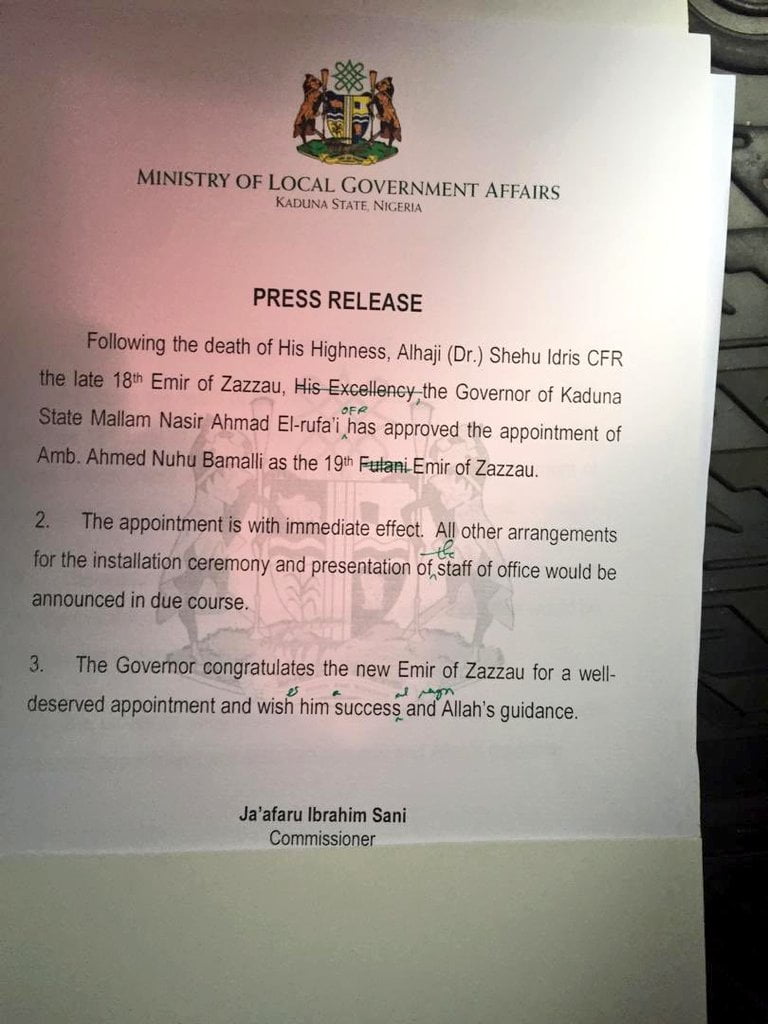